EVP is a curatorial strand, and something of a personal obsession, which started out just as a cool name for a show, part of our Overlap programme at Mercy – looking at work that overlaps music, literature and performance art.

The first Electronic Voice Phenomena was the final show of Overlap 2011, described as “A showcase of artists mimicking and manipulating electronic processing in vocal performance”, featuring performances from what for me are remain some of the key thinkers and writers in this area:

Holly Pester, who delivered a new work based on the samples of Majel Barrett, the star ship enterprise voice from Star Trek, a personality she has revisited in one of her awesome Sea Shanties

Mark Leahy, who premiered a highly personal and emotive performance, Voice Recognition: A Play, using Gertrude Stein’s “Identity: A Play” as a model to reminiscence on recordings of himself singing Two Little Boys as a child, available here

Emma Bennett, who performed new developments on her Talking like a bird talking about a bird project, and a piece in which she performed verbatim while listening to three recordings of Chris Packham and other ornitholo-journalists:

and a new work by myself and musician/composer Tom Rea Smith, using an analogue interface to set up a kind of polar opposition between a flow/cut vocal performance (based on perversions of Romantic poems, such as Coleridge’s Kublah Kahn, remixed with contemporary vocabularies and improvised neologisms) and a backing track, causing a static throb to interject between each breath.

These poet/performers were joined on the bill by Soriah, a Tuvan throat singer and performer who, in a kind of temporal short-circuiting, was included because of a resonance his work had, in my mind, with electronic processing. Although it’s clear that a practice perhaps thousands of years old could hardly be called mimicry, temporal flattening actually emerges as one of the most important aspects of EVP practices…

Plus, as part of a collaboration with Holly Pester, I commissioned James Walsh to make this excrutiating computer-voiced version of Cher’s Believe

Around this time also, I led a conversation with my fellow curator Mark Greenwood, and Mark Leahy into some of the inferences of Electronic Voice Phenomena as a theme, SUMMARISED HERE:

emotional truth or falsity, emotional distance, questions of vocal authenticity… [the source of a threatening voice, like a bomb threat]electronic recording, digitisation, transcription, visualisation or broadcast of the human voice… [tells us nothing new about our solar system, but talk about eerie]analysis of recorded voices as part of forensic or criminal investigation… [tackle crime and terrorism as criminals use modern technology]data communication nodes… [a walk-on part in a nursery rhyme is an unlikely fulcrum for the balance of power] forcing intimacy – using electronic processing… [now you see me, now you don’t] overlapping of electric voices; one singing, the other giving instructions, indications and information… [medicine and its use may or may not be approved] experimental approaches of assemblage and chance procedure... [oligonucleotides with a variety of labels, modified linkages, and non-standard bases] synthesisers anddrum machines… [hardcore and gangsta rap artists pushed the violent content of their raps further] discomfort and horror at hearing one’s voice… [intermingled since God’s creature the horse was placed on this continent]ideas around radio and specifically CB radio… [human nervous system according to the instructions of the manufacturers and a navigational guide] the body freed from the voice… Do we hear something hidden in the recorded voice?… [the worlds first micro recorder that will allow you to record continuously for 4 solid days ]lie detectors… [convert the voice which is an analog signal to a digital signal and then to a voice packet] a writer’s voice, a painter’s signature, adding value to a product… [amid the body parts, envelopes stuffed with cash and autopsy results written in English]skin and bone, the meat and sinew dissolved into the electronic trace… [Years of being shunned in Elf-space because of her half-elf, half-human blood]human, supernatural and digital… [an old guy who remembers corded, rotary phones with party lines] communicating on contentious matters via email or telephone… [She looked good that night, better than at the bookstore]move away from intimate form… [the loss of the support of objectively established religion, the dissolution of the last remnants of pre-capitalism] mass ‘electrification’ or the collective ‘spine-tingle’ of a festival audience… [a total of 3 million people, who are not allowed to talk about what they are doing] the 7-second broadcast delay…

As this cloud of thought enveloped everything we were involved in over the next year – several works were instrumental in enriching understandings of the theme. At the time of the first performance, indeed Victoria Gray’s sublimely realised public realm promenade performance, holding a recording of her own voice in a vase as she walked around Liverpool backwards embodied many of the ideas of the discomfort of ones own voice,

And also the fantastically idiocycratic performance by Anat Ben David, who’s work displays cyborg/hybrid voice as a medium, as she works so fluidly with vocals, Kaos pad and AV content. A process which found its truest realisation at Liverpool Biennial this October.

Two of the artists who are at the core of the new touring show have been working on the embryonic EVP programme for just over a year. Ross Sutherland and Steven Fowler took vastly differing aspects on the electronic voice, but for me the works chime strongly as a cutting across of much of the ideas we’d be thinking about around compostion and electronics – through a kind of collaborative composition, and a mining through processing and amplification.

During the Biennial producer and writer Vanessa Bartlett produced an excellent series of podcasts for Mercy, including this one on EVP, framing our work alongside that of Kenneth Goldsmith and Ron Athey – artists who I greatly admire.

In a weekend of performance, Mercy took the opportunity of working with the UK’s biggest contemporary arts festival to provide a fantastic platform for our commissions, and programmed new work from Iris Garrelfs, Scanner, Hannah Silva and James Wilkes – plus two talks from Dave Tompkins on the vocoder and Joe Banks speaking from his awesome book “Rorschach Audio: art and illusion for sound”.

The weekend hopefully presented a rich and cohesive selection of approaches – I think it also got a lot off my mind regarding the complexity of the theme and the different angles it can be approached from. The weekend had full discussions around vocoders, digital aesthetics, auto-tuning, the séance, phone-tapping, interface collaboration, underground music culture, materiality, and the Thinktank session with visitors from Berlin I think proved that in fact the artists we’d selected where already transcending the theme from the scope and variety of their practices.

A research trip to Berlin with artist/writer Sam Skinner documented tentatively here, resulted in several artists coming to Liverpool to discuss EVP with us at a Think Tank, involving: Erik Bunger [Schizophonia = that which makes dogs bark at speakers, children look for the man behind the box and savages demand their captured souls returned.] including references to the terrifying Captain Hardy… 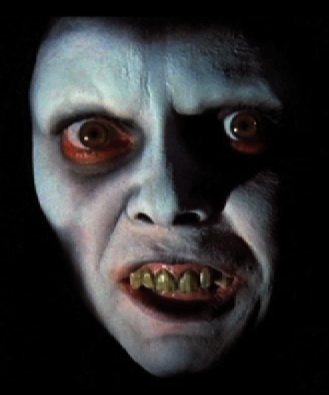 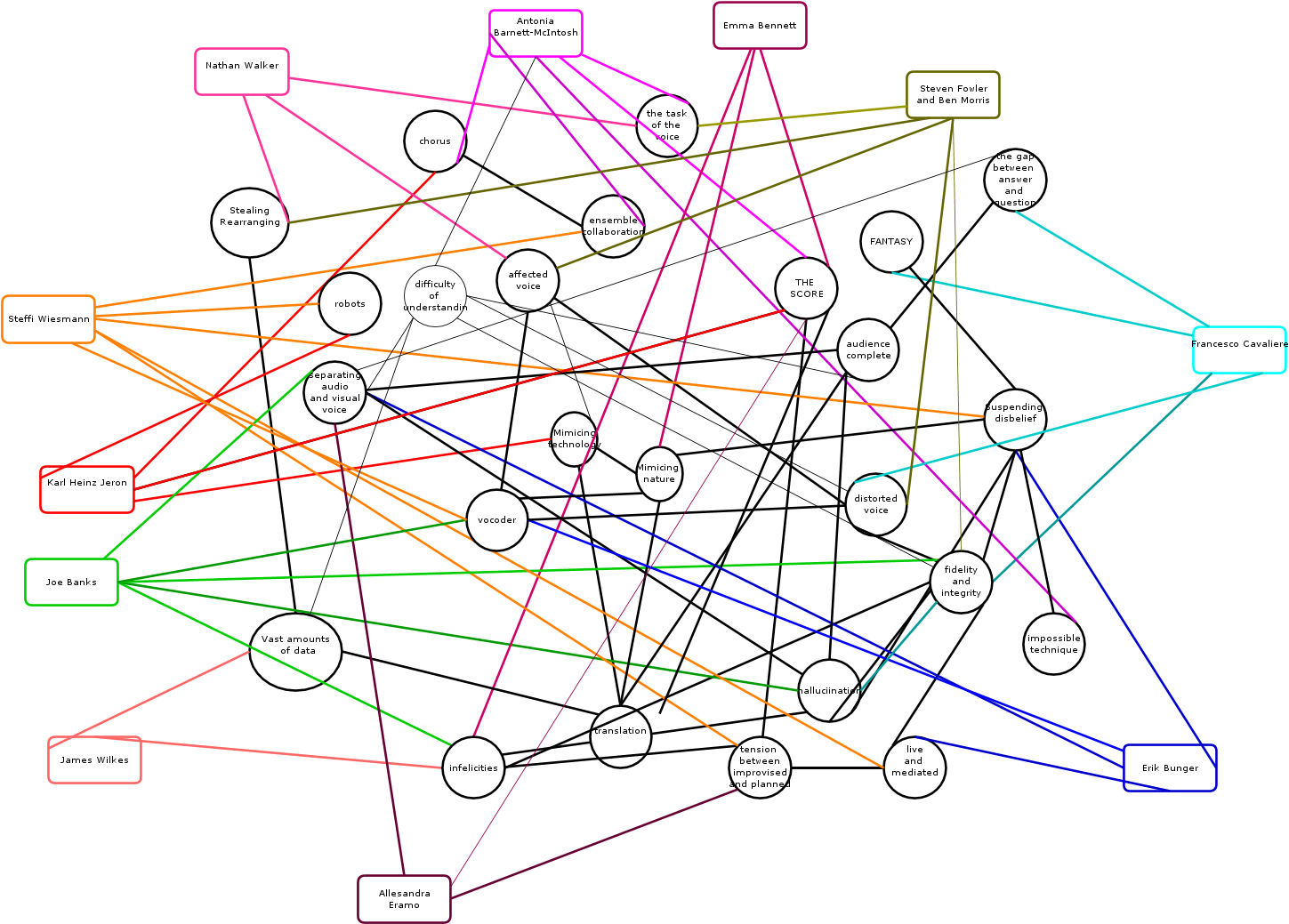 Presentations were generously recorded for posterity by Steven Fowler and are available by searching here.

As Steven noted on his blog, it was a real honour to be part of these discussions, “it’s rare to be in the company of so many erudite, established artists who are so humble and open and ready to share and learn and collaborate”.   The collaborations emerging from this Think Tank are set to ignite the next round of Mercy projects, on Technology, Delirium and Psychosis.

What I hope now is that the EVP Tour and online think-space will be able to encapsulate the excitement among artists and audiences alike that I’ve encountered in the last two years of research and practice.

Working with arts producer Penned in the Margins, we’ve been looking at what exactly will excite audiences about the work on this theme. For me, this will be in trying to blend a feeling of the supernatural, and the way in which creativity and augury can seem to flatten temporality and put us ‘beyond time’ in this sense, bringing voices from the past back to life and suggesting futuristic perspectives – and also to produce a show with practitioners who are conversant and ‘at-one’ with their various interfaces and media. A show then, short-circuiting past, present and future.